I'm in a little bit of a holding pattern, as I've done all that I can on my 6mm infantry, until H&R reopens their  shop, and I can order the missing figs that I need.  So, I decided to clean up some of the odd 6mm models that I have setting around.

Over the past few decades, I have acquired and accumulated a number of damaged and incomplete 6mm models from various sources, occasionally receiving a pack missing a part or models damaged more often in transit than during an actual game.

This weekend, I repaired, matched up parts, and fabricated missing parts for a about 40 models.  A few were just old models that needed repainting, but that I had kept out of nostalgia, but I finally decided to repaint to match my current models.

Several tanks had lost barrels, which I replaced with brass rod, making the fume extractors with thin wall brass tube.  A bunch of old BRDMs had lost roof/covers which I remade with styrene strip, and nearly a battery of BM-21s needed mounts for the rocket launcher to be fabricated.  They were received without the part, and a friend just built up a blob of super-glue on the chassis, and then glued the launcher onto the blob.  They looked a little wonky, so I finally fixed them.

Anyway, hers a few pics of the them as they await painting/repainting: 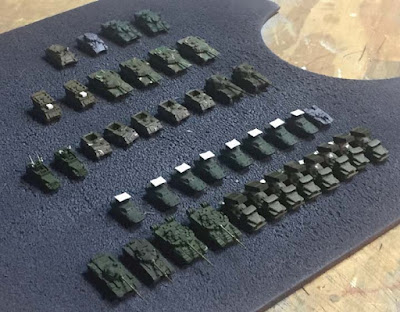 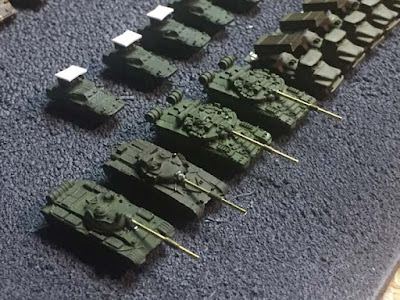 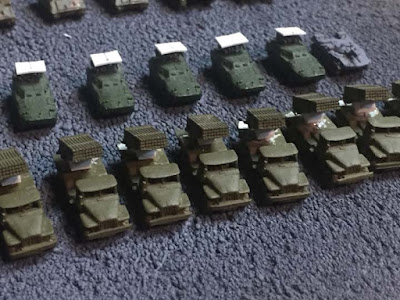