On Monday, I  received two Armaments in Miniature 15mm (1/100) CH47A (late) resin models in the mail.  Excited, I quickly opened the box, excavated the packing material, and found the two CH47 models.  I was amazed, though I should have known to expect nothing less than amazing.  These are simply beautiful models.  They came as a cast fuselage, and two sprues with rear ramp, landing gear, rotors, etc.

I haven't had time to do any assembly, but as I haven't seen much about these on any of the forums, thought I'd share some photos. 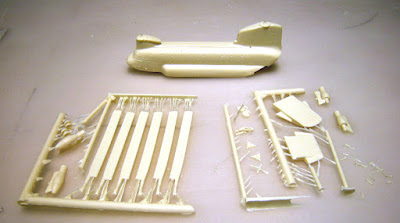 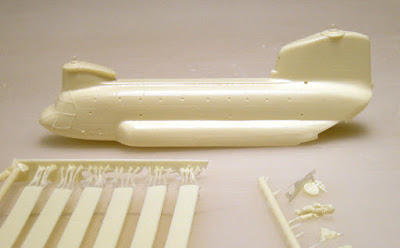 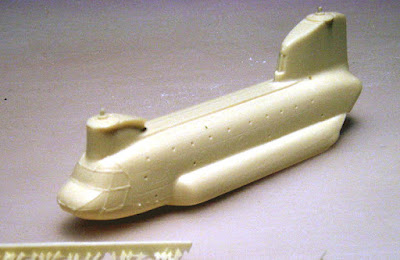 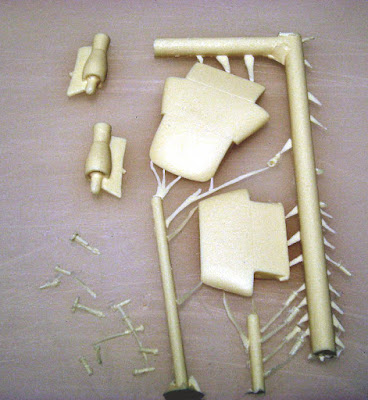 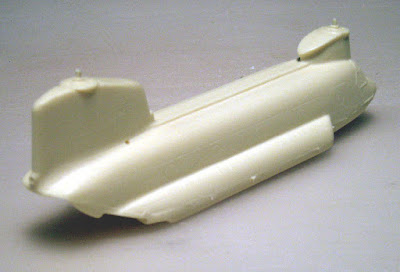 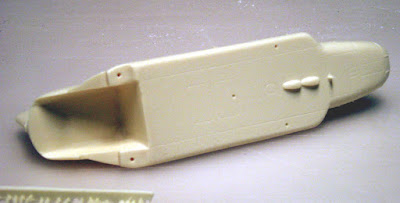 Though it doesn't show up well in the photos, the panel lines
and side windows and present and obvious if seen in person.

The resin is flawlessly cast, with absolutely no bubbles, and detail is outstanding.  At $21 each, these models are less than half of the price of the only other 1/100 CH47 model that I have seen, which is rarely available on Ebay.

AIM offers the model in early and late versions at $19.00 and $21.00.  Ordering was simple and fast, delivery time was less than a week.  An outstanding model and an outstanding value.  You know you that you need one...or two...

Haven't been doing much for the last couple of months, other than working, but I have had some items come in over that time, with each purchase being my first with the respective companies.

Minairons
The first order was for 15mm hex bases from Minairons.  These are made per order, so there was a just a slight delay in getting them to the US from Spain, but was still a relatively short ordering cycle.  The bases are as described, priced very affordably, and perfect for my application.  They will allow me to individually mount my fighters for Star Fleet Battles.  Overall the experience was exceptionally good, and I would highly recommend them. 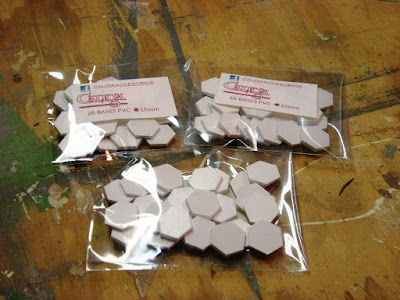 Toad King Castings
This company was recommended to me after in response to a request for 28mm skulls on TMP.   I was looking for some bits to scatter amongst my post-apoc terrain.  Toad King Castings offered outstanding service, with easy ordering, spectacular product (all resin castings), and fast shipping.  Again, a highly recommended company.  I ended up ordering a bag of skulls (which includes quite a variety of different castings), and a pack of  bones debris.  He also threw in a very nice resin chest with the skulls. 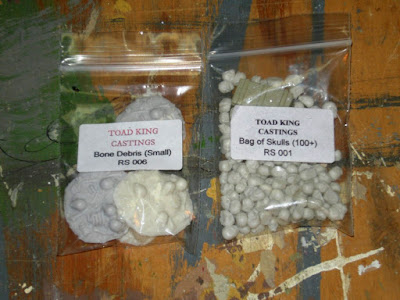 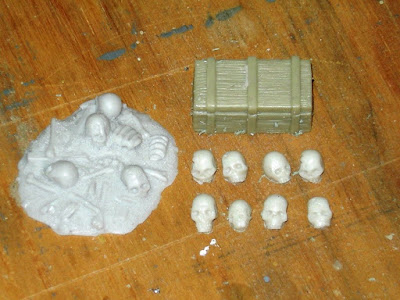 Amarillo Design Bureau
Despite having played Star Fleet Battles since the early 1980s, this is my first order with the current owner of the game system, Amarillo Design Bureau.  I ordered a selection of star ships including Federation, Klingon, Romulan, and Kzinti.  The ordering process was very smooth, with fantastic comms and exceedingly fast delivery.  The models are all metal and were generally very nice, with castings simplified from some of the originals forms from back in the day (particularly nice for the Kzinti ships, which used to have lots of little breakable bits).  Most of the castings were quite good, though a couple looked to suffer from some mold ware.

The Federation Frigates, NCL and CVS have particularly nice detailing, and will stand up well with my older plastic Federation castings.  The Romulan Destroyer variants are very high quality castings, and the Kzini Cruiser and FF are well detailed and as mentioned above much simpler than the older castings.  The Klingon F5s are a different model from the original all those years ago, but similarly sized, and nice models, though the mold had some wear, resulting in some shmootz hanging off of the back of the castings around the impulse engines and shuttle bay area.  Nothing catastrophic, but they do require a little attention.  The Klingon CVS was probably the only real let-down among the 13 castings, as the upper surfaces of the hull with the shoulder phasers extending to the "wings" were a bit rough, kind of "pebbly".  This will require some attention with file and putty, and I may have to re-create the phasers and a little raised detail in the area.  Overall though, I am happy with the models, and service was fantastic. 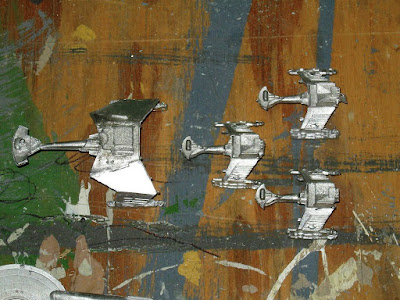 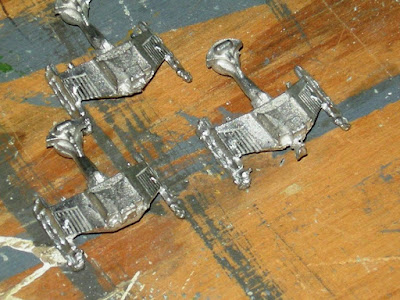 Two of the F5s have been trimmed, the model to
the right still has flash on the rear of the hull. 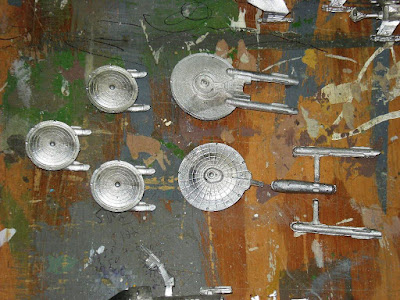 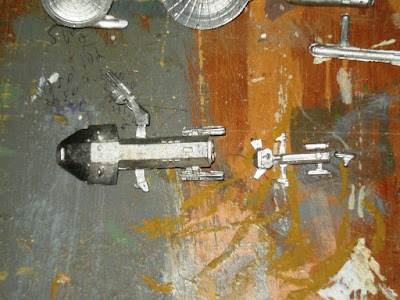 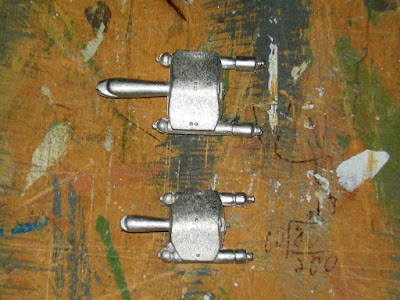 Posted by irishserb at 8:48 AM No comments: