Been working a bunch again, but squeezing in a little hobby time, whenever I can.  High on the to-do list are rides for old Imperial Guard figs.

In order to be mobile, my Guard company need a bunch of vehicles, including APCs, a command vehicle, and scout cars.  I've had a number of designs setting about for a long time, so in recent days have reworked a couple of the old ideas a little.

The regular squads will get a six wheeled APC/MICV with a light auto-cannon in a low profile turret.  The platoon HQs will get a version of the same vehicle with a larger turret with a heavier gun.  The command vehicle will be a boxier version of the APC with raised superstructure and no turret, and the scouts will get two copies of a completely different four wheeled recce car with turret and light cannon, and will also carry a drone.

Here are a few WIPs of the APC and the two turrets, the first two photos show the PHQ turret as it was being shaped: 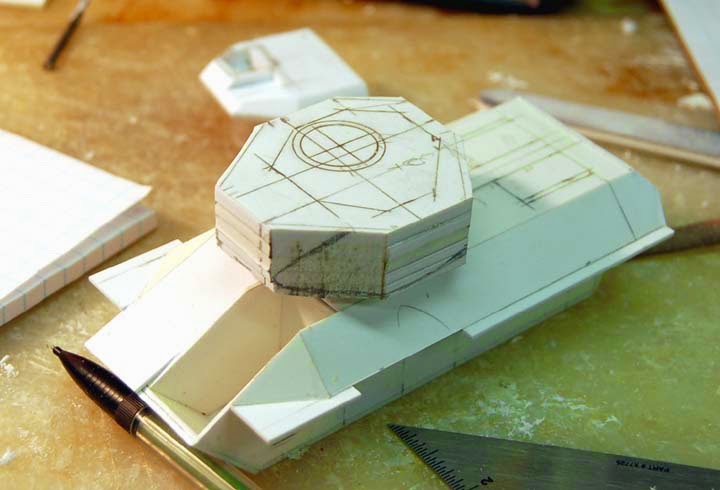 The PAC with the roughed out PHQ variant turret. 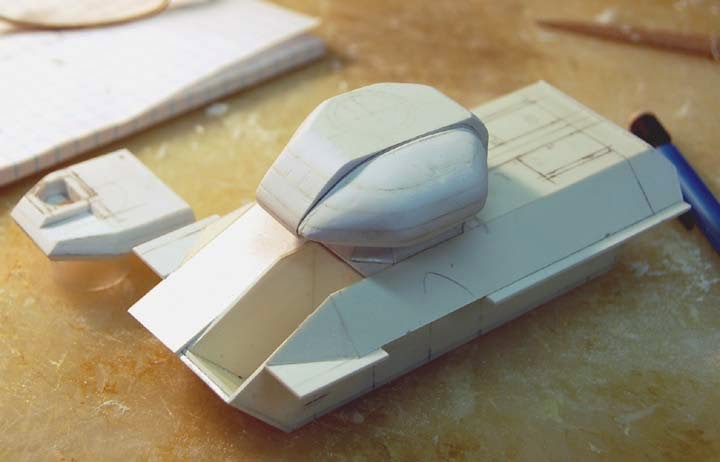 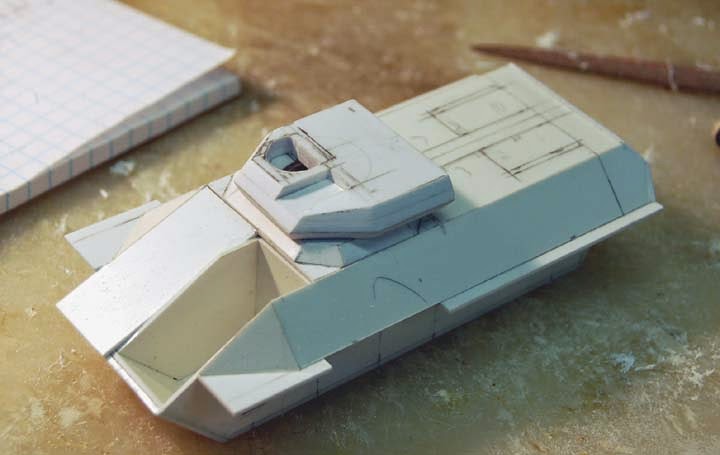 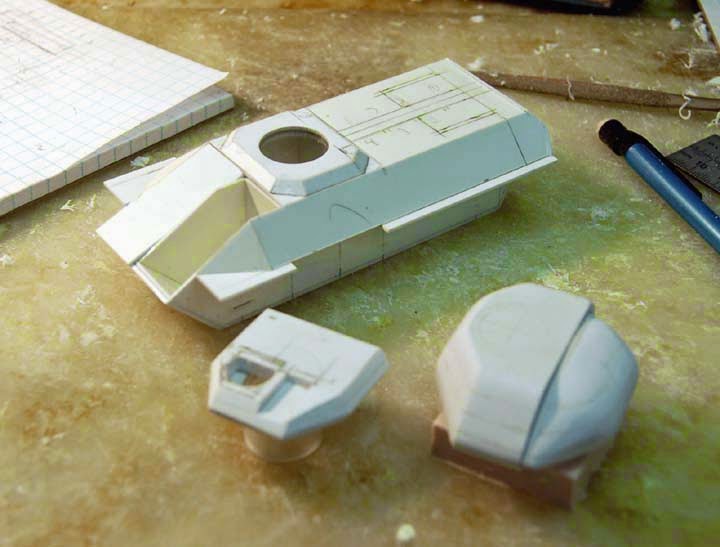 And better view of the hull.
I need 13-14 of these things, so am going to make a master and cast it in resin.  Tires, gun barrels, and hatches will be separate pieces.  There may be other separate detail parts as well.

The weapon mount on the small turret will be behind and to the left of the hatch opening.  The larger turret has a big weapons pod on the left side, with the entire pod moving to elevate or depress the gun.

The big turret still needs some shaping to soften the lines, but I'm not sure that I'm going to go with it.  The rounded cast shape sort of clashes with the angular shape of the hull and small turret and I'm not altogether sold on the split turret idea either.  After I get more done, I'll see how the hull and turret look together and decide then.
Posted by irishserb at 8:11 PM 6 comments:

Eighteen days into 2015, and I have equaled my total painting output for 2014.  "Dawgie's Men", my 28mm old GW Imperial Guard (mostly) army (not for 40K) is painted.  Well, the troops are painted.  They still need rides, but that will come later.  Right now they are table top ready, though I have one step before they are truly finished.

In addition to the troops shown in my last blog entry, I added the company headquarters (six more figs that I had left off of my painting tray originally), and a recce section (another six figs), which are also painted.  The complete company now numbers 120 figs, though I am missing two figs from one platoon HQ, which I will have to find and add later in the year.

The entire company; CHQ in front, recce on the extreme left,
1st, 2nd, and 3rd platoon left to right with PHQs in front of
the respective platoons.

Close up of the CHQ 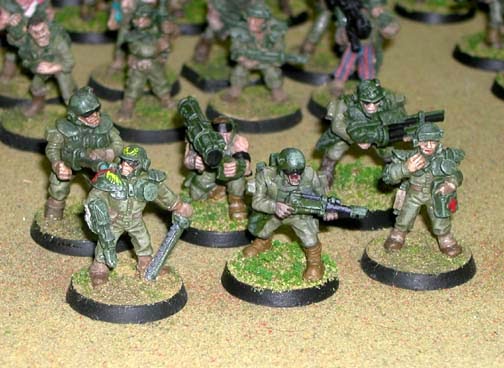 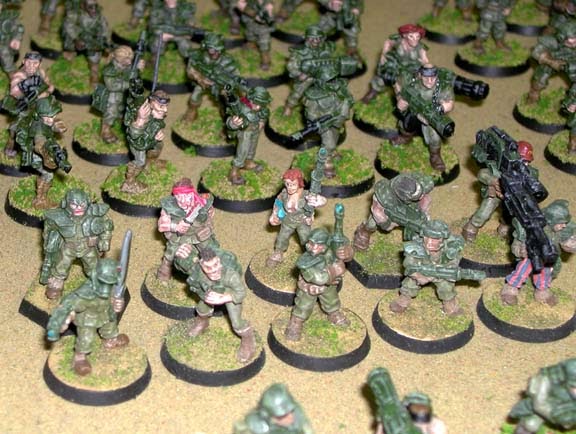 The majority are old GW Imperial Guard figures, with about half having some sort of conversion work done on them.  There are also a few newer GW guard figs, and an assortment of non-GW figs sprinkled throughout.

One thing I still need to do, is to add their names back onto the bases.  I've experimented with painting them on, but my brush "writing" is inconsistent, so now I'm considering doing it with a paint pen.  Hopefully, I'll have that done in the next week.  Then they can join battle in the wastes of the post apocalypse or defending colonies on new worlds.
Posted by irishserb at 8:26 AM 2 comments: