With my eight month long infantry project all but complete, I got the bug to clean up some of the many half finished projects setting all over the basement.  One of the little heaps of pieces that keeps getting moved around is a number of T34 conversions for my African imagi-nation Mugabia.

Mugabia's air force is somewhat out-classes by Uwanda, and though they have a wide range of anti-aircraft weapons, they have little self-propelled ADA.

Their dozen or so ZSU-57s  are spread pretty thin, so Mugabia's fledgling arms industry has started converting  T-34 chassis, producing self propelled anti-aircraft weapons from existing stocks.  The first of these is the "ZSU 23/2".

Here are a few pics of the nearly completed prototype: 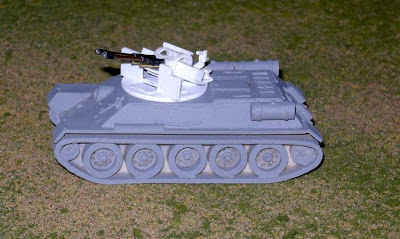 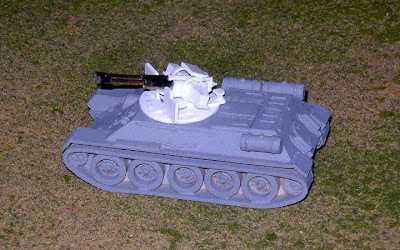 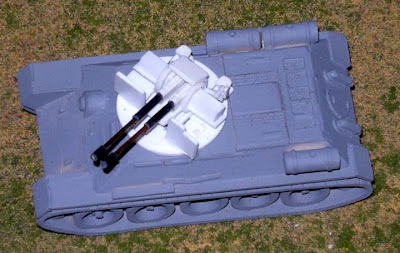 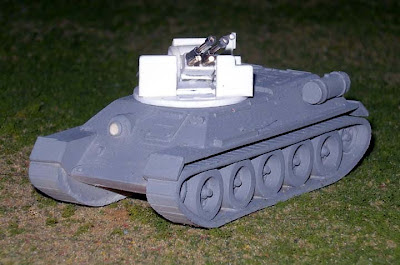 The ZU23/2 turret is scratch-built from styrene strips and brass rod.  The T-34 chassis is one of my own post-war T-34 castings.  I'm still debating whether to put stowage racks on the hull sides or on a rack over the engine deck.  I will probably stop at two of the ZSU conversions, supported by a single ammo carrier also build on a T-34 chassis.

A minor victory, but at least a few less loose bits are floating around the basement this week.
Posted by irishserb at 8:30 PM 1 comment: