As battle was joined on the ground at Objective B21, a lone F5A Freedom Fighter flew lazy circles over the battlefield.  At higher altitude, two more F5As slowly orbited the same.  After brief discussion between the pilots, all three aircraft moved to engage the two enemy Mig15s that had failed to join the earlier action. 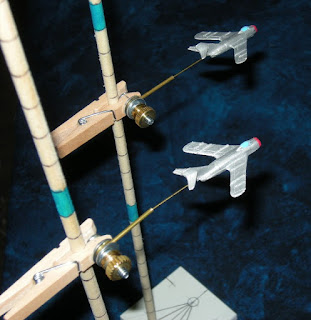 The two Mugabian Mig15s.
I really need to get around to printing the decals for these.
﻿

The Mig15s were the second type of Jet aircraft flown by the Mugabian air force, replacing a few Ouragons left by the French after independence was gained.  Only a handful were still flying for Mugabia, largely replaced by Mig 17s, and more recently, the Mig21.  Elderly or not, the Mig15s rapidly advanced to perform their duty in the conflict with Uwanda. 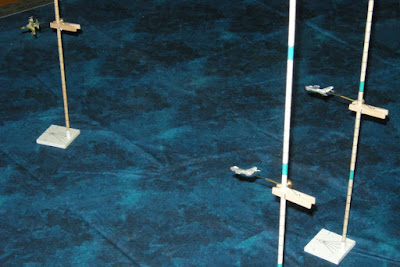 The two Migs sighted the lone F5A in front of them, and plotted their attack.  At the appointed time, the F5 turned away from the oncoming Migs, but unwittingly allowed himself to get into gun range of the nearest Mig.  The Mig shot and hit, doing light damage, and knocking out the fire control of the F5.  Meanwhile the other two F5s, which were significantly higher and had moved south of the Migs, where nearly in firing position.

As the Migs chased the first F5, they continued to take shots, but could not get hits, as the F5 opened up more distance between them.  Behind the Migs, the additional pair of F5s lined up for missile shots, but the second F5 could not get a lock-on. 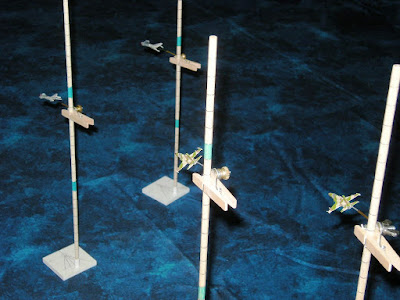 The pair of F5s moving into position.

With one missile away, the F5s continued to close on the Migs, and as the Aim9B struck and destroyed the first Mig, both F5s lined up shots on the second Mig, which began moving evasively. 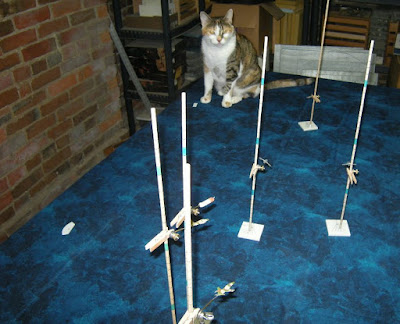 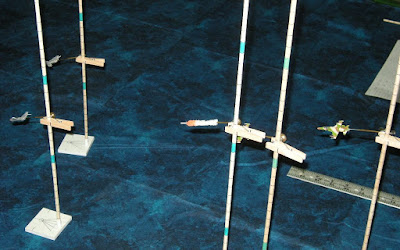 Missile on its way.
﻿

The first F5 gunshot did light damage and scored a control hit on the Mig.  The Mig slowly turned into the F5s and dove.  Both F5s got high deflection shots on the Mig either missing, or causing no damage, before the last of the F5s finally got a light hit that with previous damage was just enough to cause structural failure of the Mig15. 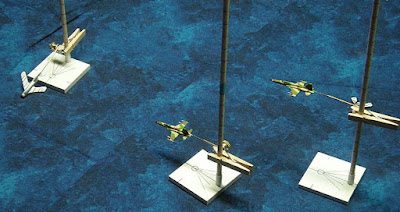 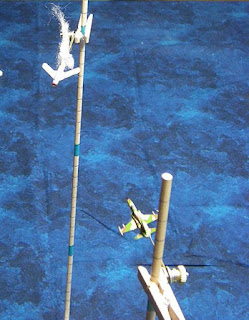 With both Migs shot down, the first, damaged, F5 flew home.  The other two F5s, with no functioning missiles and low on ammo, remained to protect the airspace above Objective B21.

The F5s ambushed the Migs15 via ground radar and poor sighting rolls on the part of the Migs.  Once the two F5s got behind the Migs, they should never have had a chance, but it still took nine gun shots with the surprisingly crappy 20mm Mk39 cannons on the F5s to kill the second Mig15.  Of the nine, all were medium to short range, only three hit, and one of those for zero damage due to the deflection penalty.

Still the superior climb rate and speed of the F5s finally came into play, allowing the first F5 to get away, after its initial error, and permitting the other F5s to rapidly get into position for the ambush.

Downing the Mig15s bought the ground forces at B21 a few more minutes of breathing room, but more Migs are no doubt on the way, and the F5s don't have much fight left in them.
Posted by irishserb at 3:32 AM