Back in February, while setting up for my first battles of WWIII, I discovered that I was short a few items, so ordered a few models from H&R and Scotia to fill in the gaps in my Soviet and British forces.

Over the holiday weekend I managed to paint nearly 50 assorted 6mm miniatures, including some recce, softskins, engineering and bridgng vehicles, and some 122mm guns.  Here are a few pics: 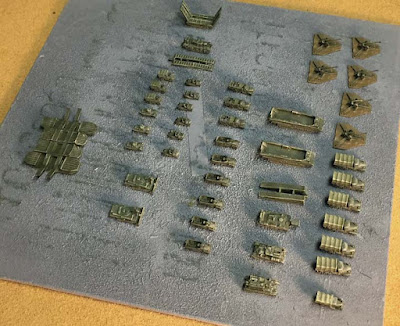 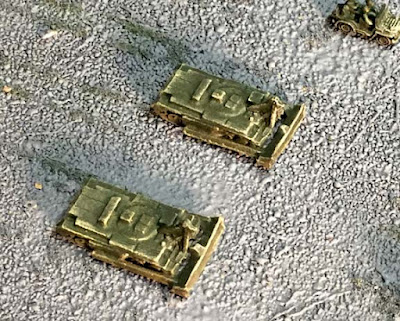 A couple of H&R Centaur Dozers. 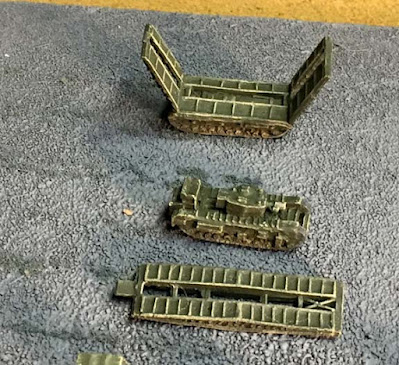 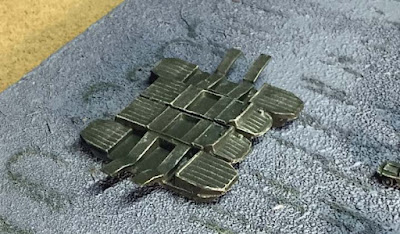 It has been a productive weekend and with any luck, I'll have some more stuff to share by mid-week.

Posted by irishserb at 6:38 PM

View my complete profile
Welcome to my Blog. Here I will babble endlessly about my Colonial era to Far Future gaming interests. Current hot projects are; 6 and 15mm Cold War Hot: 1958, and 15mm African imagi-nation Battles