It had been almost a month since I last got downstairs to work on the hobby, and not surprisingly, the rice paddies were still waiting for me.  They're still not done yet, but I made some good progress on them.  Here are some pics of the work done thus far: 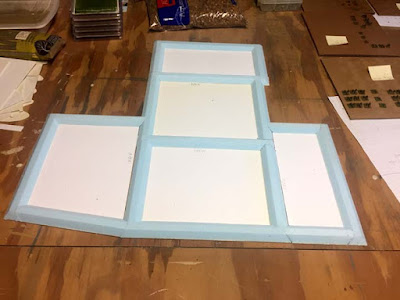 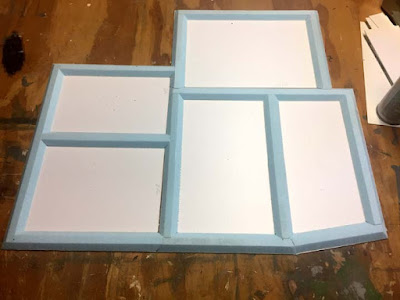 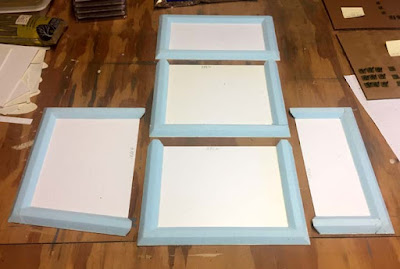 This view shows the modules in the first photo separated. 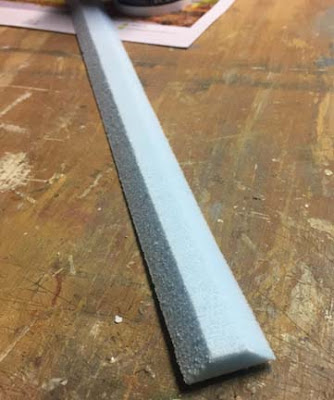 The bases are .06 inch styrene sheet.
The blue foam profiles were cut on a band saw. 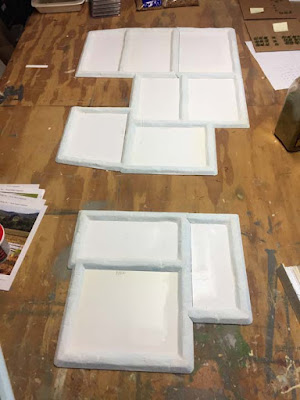 The paddies after sanding, to make
them a little less uniform. 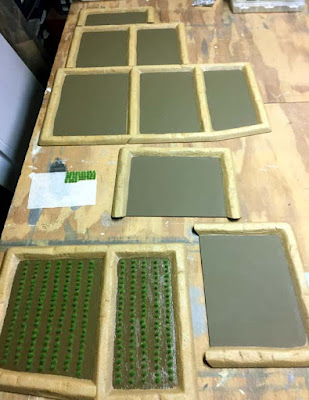 The paddies as they currently sit. 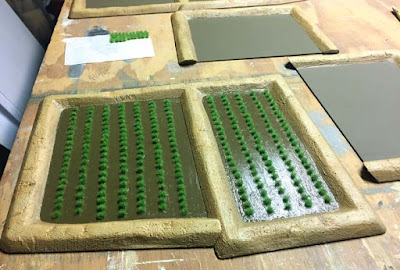 They may still be a little too uniform, I'll have to what they look like when done.

I need to order more tufts, so it will be another three to four weeks, before I can get these done.

Posted by irishserb at 5:18 PM