My first wargame was Avalon Hill's "The Game of France 1940", and for my entire 45 or so years of wargaming, I've been fighting battles set in 1940 France.  In the early 1980s, I made the transition from counters to miniatures, first in 1/285 scale, and eventually with 15mm miniatures.

More recently, while considering setting up a 6mm scale 1940 France game, I began considering that I had never rounded out my infantry for the period, particularly lacking command and infantry support elements, so I decided to remedy this before playing any more battles. 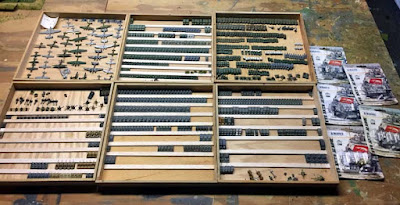 One thing lead to another, and I found myself inventorying all of my 1940 forces, resulting in an order to GHQ for various tanks, transports, and armored cars.  Today,  took it a little bit further, placing orders with H&R, Scotia, and I-94, with the intent of filling in more gaps, especially in air power. 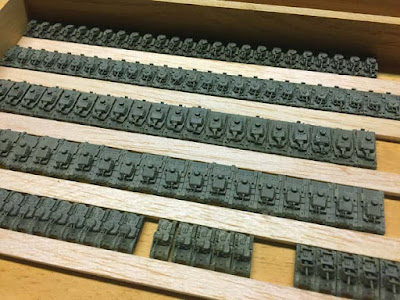 The heart of the German forces. 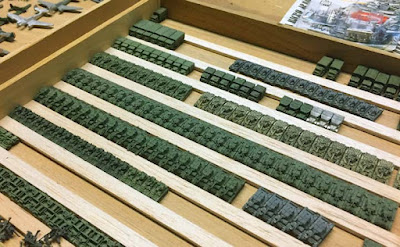 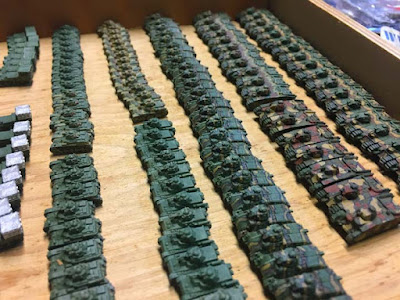 There are still a few items that I have yet to order, but in a few weeks my 1940 forces won't be wanting for much. 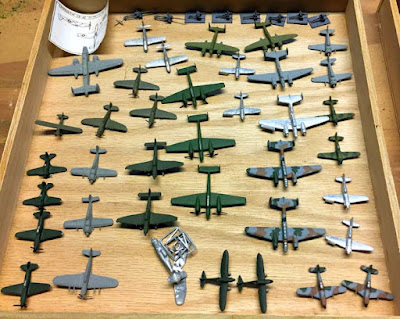 Most of the aircraft.  I have a pair of Bf109s that are missing,
but the Germans are still lacking, and the British are non-existent.
This will soon change.
I didn't really intend to work on a big 1940 project right now, it just sort of happened.
Posted by irishserb at 11:01 PM