Here are a few pics of my 20mm rice paddies.  I should have done the flock in two stages, but tried to rush them (so that I can clear my table and play a game).  They need dusted off, touched up and another application of some fuzz. 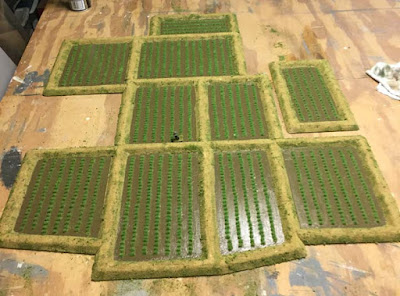 WIth a Britannia 20mm PAVN fig for a sense of scale. 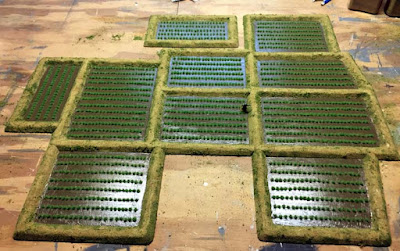 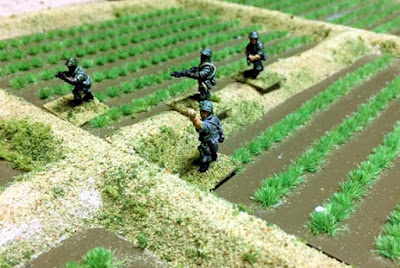 With some Britannia GIs, With the paddies separated to show the two free standing pieces
and the three sided additions.
The modular approach sort of works, but I think they are still too uniform in appearance.  In time, I expect that I will add a few pieces with a little more character.
Posted by irishserb at 3:27 PM