Here is another batch of photos of 6mm Cold War models from Scotia-Grendal. 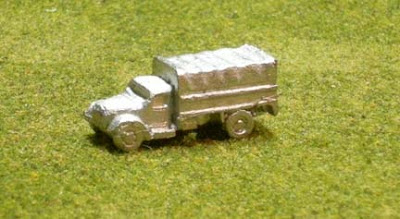 RM-7  ZIL164 Soviet truck entering service int he early 1950s;
this is a nicely detailed model that looks better in person, than in the pic. 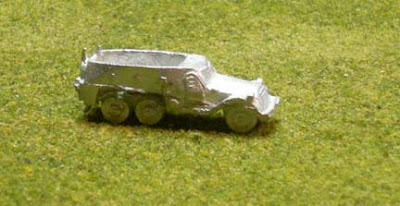 RM1  BTR152V Soviet APC, has nice detail,
though some of the castings were from a mold with some wear. 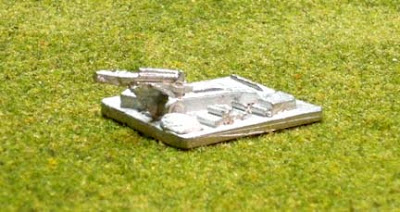 UM0066  M102 105mm Howitzer, a distinctive and nicely detailed model (the angle of the photo detracts from the model). 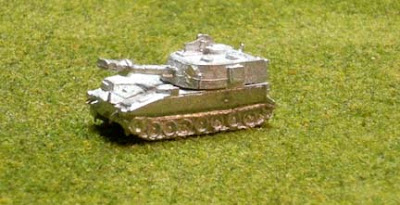 UM0053  M109 155mm Self Propelled Howitzer,
a very nicely detailed model, of the original short barreled version of  this vehicle. 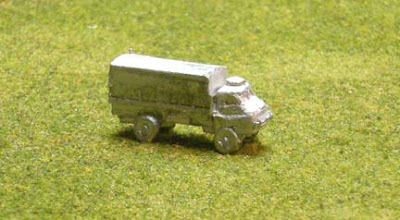 BM23  Bedford RL  British truck introduced in the early 1950s.  Though the sculpt has enough detail to readily identify the distinctive shape of this truck, a little more work would have made this a lovely sculpt.  The casting suffers from severe concave sides that result in the rear wheel sticking out beyond the cargo bed in the center of the truck.

With the exception of the Bedford, this was a pretty good group of models from Scotia.  I'll have another group of photos up in a couple of days.
Posted by irishserb at 9:44 PM