When I started painting the odds and ends needed for gaming my third world imagi-nations in 6mm, I hadn't realized just how much micro-armor that I had laying about.  A pack here, a pack there, trays with 10 or 20 vehicles, pushed onto the tops of my storage bins, in between things on shelves.  Good lord!  They're everywhere.

So, while working on the first batch of Uwanda's vehicles, I started consolidating, pulling together the models by nation for the Cold War, mostly.  And while waiting for a batch of Uwanda-Mugabia stuff that is visiting with customs (you know how they get about these arms shipments), I decided to work on some of the other micro-armor, just to get the clutter put away, and have made tremendous progress.

I started by adding a bunch of British vehicles: 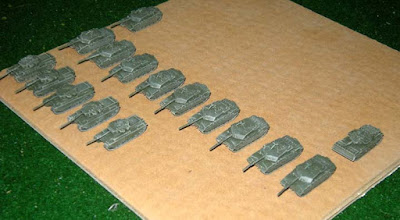 Centurions and Challenger Is. 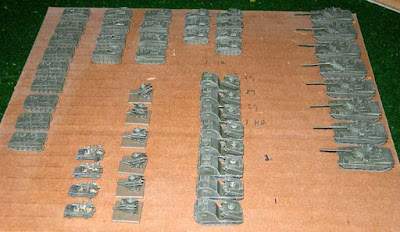 A mix of British equipment for the 1970s-1980s, including scratch-built
tracked rapiers that I made around 1990, and have yet to reach the tabletop.


And then a little West German: 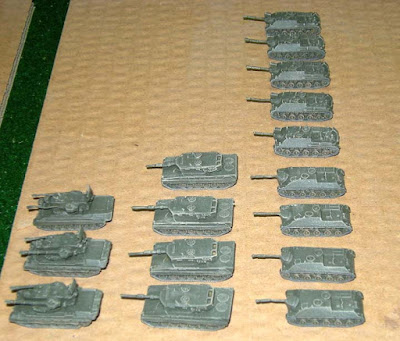 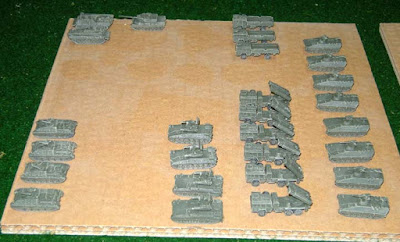 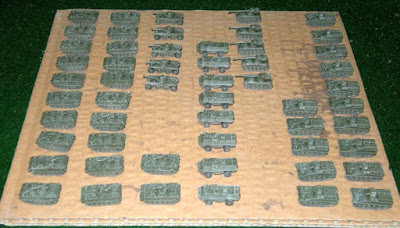 A mix of APCs and light armor. 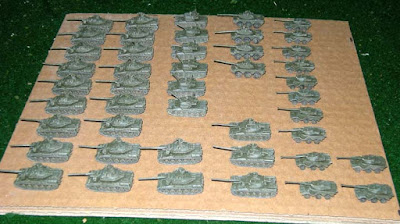 
At this point, after painting only 90 miniatures in the first seven months of the year, I've managed to finish 409 in the last four weeks.  A few of these have been meandering about on my shelves, since Reagan was getting settled in the Oval Office.

And the British,  American, and Soviet stuff for Uwanda and Mugabia: 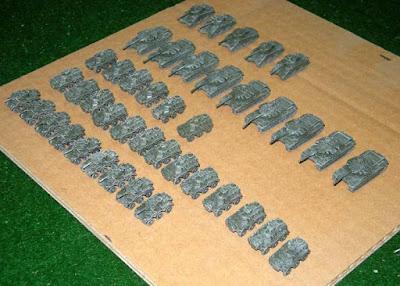 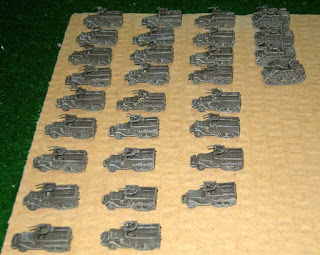 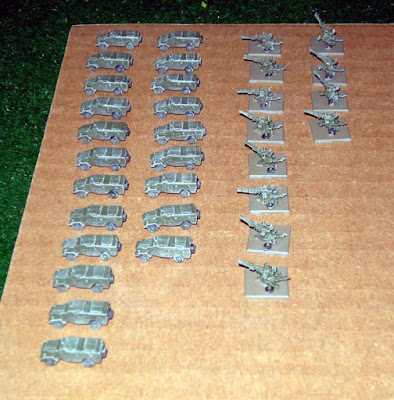 I'll be focusing on 15mm mold-making and casting for a couple of weeks, and with any luck the last of the third world stuff will arrive, and I'll be set to carry on my imagi-nation campaign.
Posted by irishserb at 2:00 PM