During this past week, I finished my abandoned diner, and I also finally painted a roadside billboard that has been setting on my painting table for quite some time.

I still need to make a base with a parking lot for the diner, but I'm going to wait a couple of weeks, and work on several different terrain panels all at once, including a couple more road sections with driveways, some town/road sections, and maybe a little park.

Here are the some pics of the diner:

I went back and forth about boarding up the windows,
but figure the wood probably would have been scavenged early on,
so left it off. 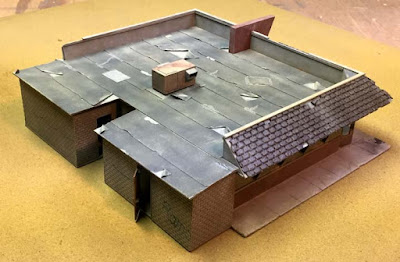 I was concerned with how to do the roof, I ended up using
320 grit sandpaper, and am pretty happy with how it turned out. 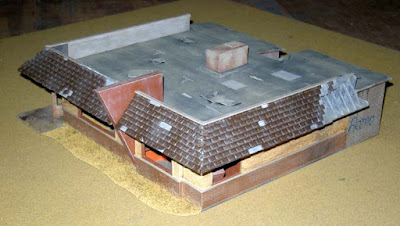 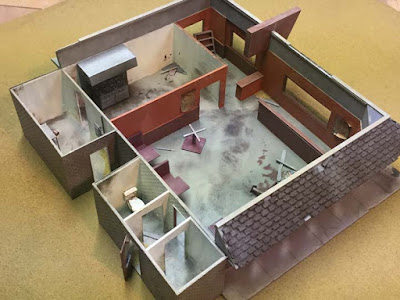 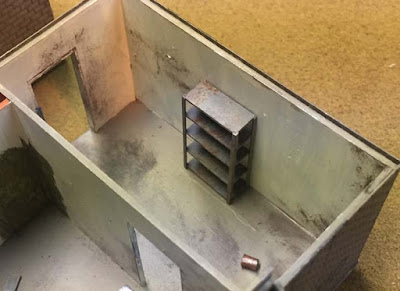 These utility shelves were a pain to make,
but the room needed something.  I think they did the trick. 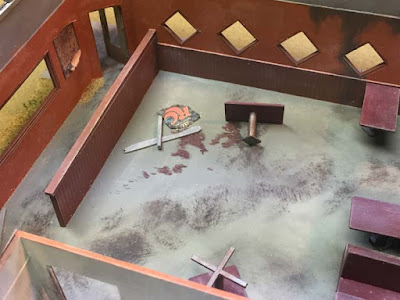 I made a number of tourist posters, advertising signs, a calendar,
and some menus, but ended up not using most of them; it all just
seemed like too much, and I figure most paper products would
have vanished with time.

I'll probably eventually add more detail to the diner (nothing is ever really finished, is it?), but for now, the building is done.  As I mentioned above, I still need to make a base, and am working on the roadside sign.  I might add a couple of light poles for the parking lot as well.

This billboard is something that I made maybe a year or two back.  it has been waiting for paint ever since, and today was the day. 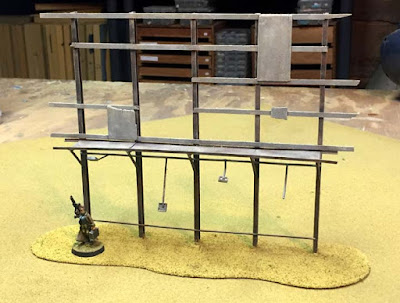 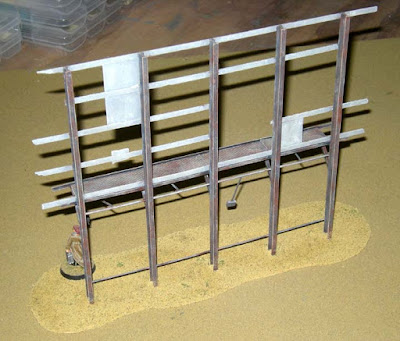 It is kind of an unwieldy piece, but I wanted some clutter that stood very upright off of the table, and this does that.  I'll going to add a couple smaller billboards of differing design with some signage still visible.  The figure is a Foundry 28mm Street Violence fig for scale.

Not a huge amount of work done this weekend, but I got a couple things off of my table, and got some paint on a dozen and a half figs also, so that isn't too bad.
Posted by irishserb at 6:53 PM